Hunting bucks during the rut can be one of the most productive times of the year, but it can also be frustrating if you don’t know what to look for. In this guide, we’ll discuss the strategies that work best for rutting bucks for 2021 and how you should implement them on your next hunt.

Forget everything you knew about hunting large whitetails. Hunting deer during the rut is a whole new ballgame.  When bucks go into full-bore rut, there’s no better time to be in the woods. During the rut, bucks are so preoccupied with seeking out and breeding does that even the weariest bucks can throw caution to the wind.

Here are some tips you should try during the rut that have been proven to work when nothing else will.

It’s not unusual to see rut-crazed bucks wandering around in areas you would normally never see them. They may even walk right past you without giving you a second thought. If this happens, there is no doubt that the peak of the rut has begun.

And while this can be the wildest and most worthwhile time of the year to hunt bucks, it can also be the most challenging. Deer that are heavily hunted are less inclined to throw caution to wind, even when the testosterone is flowing.

Before the rut, deer can often be patterned on fairly consistent routes as they make their daily routines in the same general areas to feed in the early morning, rest during the day, and bed at night. These few routes give you a chance to pick the one that they will most likely use, but during the rut this may all change.

Once the temperature drops 20 degrees and the rut kicks in, expect the unexpected. Big bucks change up their routine and will often stay tight to areas where they can breed does. If you’re not in this immediate area, you may not see the buck return to his usual routine for several days or weeks.


Check the Price at Amazon.

2) Hunt the Middle of the Day

Many factors go into determining the actions of bucks during the rut, but the most important are large temperature swings. After the weather has cooled a bit and the stifling heat of summer has subsided, deer activity usually increases as the rut approaches.

The rut encourages increased buck movement as males feel the need to procreate and that involves covering large amounts of ground to locate does in heat. This increased activity can mean that deer are traveling at times that would be considered abnormal, such as the middle of the day.

This widespread movement often occurs all day long, so it’s important to increase the length of your hunt accordingly. The cooler weather also sends does into estrus which is a great attractor for bucks on the move. Use your game cameras to monitor deer activity so you can pick the best times to be in the stand.

You’re just as likely to see a mature buck at 11 a.m. or 1 p.m. as you are at sunrise or sunset. Most deer hunters prefer not to hunt the middle of the day, but it can be the most worthwhile time in the field for seeing huge whitetails.

The best places to hunt during the rut are semi-open small fields, brushy corners, and terrain with scattered shrubs and trees. In fact, any place with doe activity is the place to be during the rut.

Hunting field edges during the rut is one way to pinpoint where cagey old bucks might be hanging out. Normally bucks that are 2 years or older shy away from these open areas, but during the rut it’s the best place for them to breed does.

Bucks that are on the prowl for does shed their attraction to heavy cover and come to these open areas looking for females. Even the oldest bucks that have spent most of their lives in the thickest of shrubs and briars, the ones you may only catch 1 or 2 times a season on your game cameras, will be enticed to step out into the open during the rut.

Tactics that work during other times of the year such as driving deer when they are holed up in thick cover can work well, but rarely makes a difference during the rut since deer are consistently on the move. The most effective tactics for rutting bucks include still hunting and stand hunting.

Knowing how the rut changes deer behavior is the key to being successful and determining what tactics to use.

4) Use Calls and Antler Rattling to Simulate Deer Activity

Calls and antler rattling techniques make a great addition when hunting the rut. They allow you to mix things up when nothing else is working. Depending on the time of day, the quietness of the woods, and level of deer movement, making noise to get their attention is one of the best tricks for hunting during the rut.

Still-hunting is probably one of the most effective tactics as it allows you to pick the prime area deer are using and wait for them to reappear. Bucks can chase does in estrus all day long, so it’s just a matter of being in the right place.

Areas with a large amount of rubs and scrapes can also indicate rutting bucks are in the area and will likely return. Large scrapes (left by tarsal glands) consisting of overhanging tree branches for rubbing make for a great spot to place a stand and implement still-hunting tactics.

Rubs can be found on small samplings and offer just as much success as scrapes. Bucks use rubs (usually from forehead scent) to mark their territory and also declare their presence to does. Freshening a scrape with doe in estrus can work at times, while wearing gloves and boots to reduce your scent helps to keep the scrape as natural as possible.

Placing your stand downwind of these scrapes and at a decent distance will help ensure you’re successful and undetected. Calling and rattling antlers can help get a buck’s attention, while the scrape will do the rest. 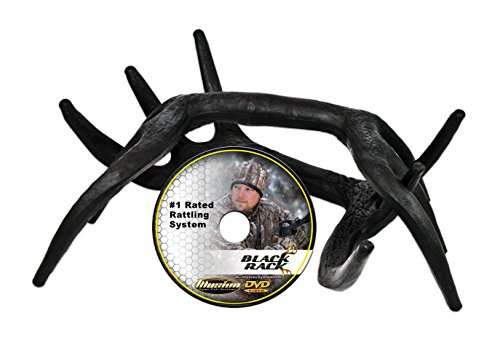 If you’re wondering how to attract bucks during the rut, find the does. Focusing on feed areas that the does are using is the key to locating monster bucks during the rut. Does like to feed in transition areas during late evening where they browse on honeysuckle and other brush.

As does work their way from feeding spots to bedding areas, this is the prime time to catch any unwary bucks following their lead. Still-hunting on the edges of fields are the best places to locate does and have the most success during the rut.

Large bucks will usually come out to join does just before sunset. Scouting several open fields prior to dusk can help pick the right place to be. Still-hunting is most effective right before the last few hours of daylight.  Bucks can be hesitant to expose themselves in clearings, so be sure to give the situation time to develop if you see does moving around.

This may mean staying stationary for 20 to 30 minutes, but it will ensure that a big buck isn’t waiting behind them in the brush. Giving a soft grunt may help get a bedded buck to respond, even though your chance at a shot may not last long. 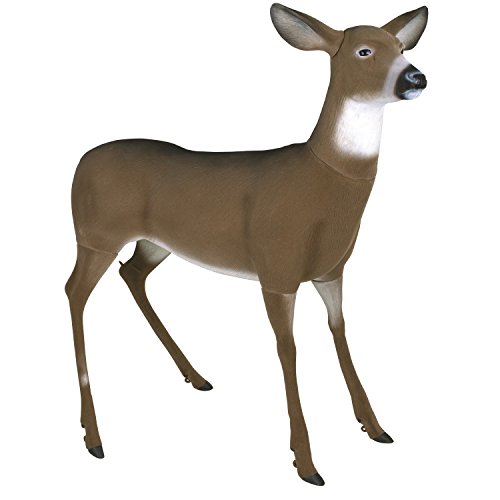 6) Calling and Rattling Techniques During the Rut

Grunting during the rut, even when you haven’t seen any deer, is a tactic that often helps get a buck’s attention that was just passing by out of sight. Listening for noise from approaching deer is a tell-tale sign that a big buck may be headed your direction responding to your grunt.

Deer are naturally inquisitive, so small grunts will at least cause them to stop and look back. Grunting at 30 minute intervals is usually the best tactic for calling enough to get the attention of a deer passing by and preventing them from spooking them by calling too much.

Soft grunts or aggressive longer grunts can work given the conditions are right. Soft calling usually works the best, but developing a routine that is successful for the deer you hunt may take practice.

Rattling can be used for both still-hunting and stand hunting. It’s important to note that rattling works best in areas where the buck to doe ratio is really high. This means that if there are more bucks around than does, it’s more likely you’ll be able to get the attention of a buck that has been chased away by other bucks from the only available does in the area.

Rattling works best just before and after the peak of the rut. The best method for rattling bucks during the rut is to clash the horns together violently to mimic an initial clash, and then rattle and bash the antlers together to simulate the sound of bucks battling each other.

A combination of grunting and rattling can be very productive during the rut in places where the buck to doe ratio is high or at least even. Having another hunter stand back in the brush and start to rattle while a shooter waits further ahead is a tactic that works really well in thick brushy conditions.

Knowing how the rut changes deer behavior is the key to being successful and determining what tactics to use. Still-hunting or stand hunting are the best methods for watching deer and being in the right place during the rut.

Bucks are extremely mobile during the rut and can cover several miles in a day looking to breed does. This can force even the most wary old bucks out into the open for a shot opportunity.

Stick to hunting semi-open areas and mixed scrub land during the rut since this is where does are likely to hang out. The does are the key to finding bucks during the rut.

Rattling is an effective method on cold and still mornings where sound travels the furthest. Windy days should be avoided since deer have a harder time hearing it and pinpointing its direction.

Hunting all day during the rut is the best way to be in position for that once in a lifetime opportunity.  Don’t neglect the rut. The time window is short but it’s the best time to harvest monster whitetails.