Late season duck hunting is the time of year that separates the fair weather hunters from the hardcore waterfowlers. This is especially true in January when temperatures drop and the birds are the wariest they’ve been all season.

But waterfowl hunting in late season isn’t always doom and gloom. January is the time when new birds can arrive from up north looking for new food sources and eager to decoy to your well placed setup.

In this guide, we’ll discuss the top 5 late season duck hunting tips that you should keep in mind when January rolls around and nothing seems to be working.

Duck hunting strategies for late season ducks centers around movement, scouting, and staying on the birds. The last three weeks of the season are especially important for putting in the hours to scout properly and to adjust to changing weather conditions.

Scouting in late afternoon in subfreezing temperatures will help you determine the best setups for wind direction, river currents, and open water that the birds are using.  Finding open water when everything else is iced up can lead to some great late season hunting opportunities.

Even if you don’t have open water, breaking up ice or using an ice eater to keep a hole open can mean the different between hunting and calling it a season. Creating open water in late January on a flight path that the birds are using is all it takes to get the attention of late season ducks.

To create a hole for ducks, the best method is to break the ice in sheets rather than small chunks. These large sheets of ice can be slid under the ice on the edge of the hole which gives a natural appearance.  It also lets the decoys float freely without binding on chunks of ice.

The larger the hole the better, but 40-60 yards tends to work the best during the late season. Setting your decoys one the edge and leaving the majority of the hole open for decoying ducks to land is what works the best in January.

Is your water locked up? Need an ice eater? Check out our top picks here!

Duck hunting ponds may work in early season, but late season requires a whole new approach. Birds have been shot at all season and are gun shy, call shy, and blind shy. This is especially true in the southern states where ducks have seen and heard everything once it’s late in the season.

This means to be successful in January, you need to go the extra mile and do things other hunters are not. Paying careful attention to concealment, fine tuning calling and hunting where the ducks want to be becomes ever so important.

Switching up your tactics for late season duck hunting may mean ditching the blinds and large decoy spreads altogether and focusing on hard to reach areas the birds are using or exposed areas that they now feel safe.

Sheet water in a field held back by a levee may be all the birds need to hold tight during the day to avoid large water and increasing pressure. Usually all it takes with setups like this are a few dozen decoys at most and subtle calling techniques to get ducks in close.

Hiding in these exposed spots can be challenging, but piling as much brush and cornstalks around you as possible is usually enough. The key is to stay absolutely still while birds are circling. Ducks flock to cornfields in extremely cold weather and if you can’t get access to open water, field hunting is the next best thing.

Field hunting ducks can be spectacular in January after a light snow fall has covered the fields. Kicking up covered vegetation or placing hay can give the impression that ducks have been rooting around for food. Placing your decoys in this area and covering up with white sheets is a tactic that works well for late season birds.

For flooded timber hunts in January, birds can get “hole shy” and circle for several minutes without fully committing. In this situation, moving further back into the trees for concealment or placing decoys on the edges upwind work the best. Motorized decoys like spinning-winged decoys, shakers and swimmers can also help build confidence and keep water open at the same time.

As with any equipment exposed to the rigors of winter, they begin to break down if not properly maintained. Duck hunting equipment is no different, and come late season, especially in January, hunters must not allow their hunting gear to deteriorate.

Keeping your shotgun clean and dry is the first step in ensuring it operates smoothly during late season. Water buildup inside your gun can cause it to freeze up in subzero conditions and not cycle.

Completely disassembling your shotgun should be a priority if you hunt with it in the rain or drop it in the water. Not only will the trigger mechanism in both pump guns and automatics freeze up, but the springs, actions and slides will all fail to work properly. You also risk introducing corrosion which forms rust.

Lubricant buildup and debris can also affect your shotguns ability to cycle properly. Good synthetic oils won’t thicken in subfreezing temperatures and can help reduce friction even better than petroleum-based oils. Break Free CLP is a good cleaner lubricant to use for this purpose.

Another important piece of equipment for late season duck hunting is your outboard motor. Getting your motor serviced before the season starts is the first step to address any mechanical issues that may arise later in the season. Adding additional oil to 2 cycle gasoline and a deicer are the only maintenance items you need to complete in January if your motor has run fine all season.

Always using ethanol free gasoline is another preventative measure that can keep your carburetor from getting gummed up and fouled by water contaminated fuel. Late season duck hunting in January is the last place any duck hunter wants to get stranded due to faulty equipment.

Running a retriever from early September to late January can wear a dog down. Not only will they lose weight, but injuries can arise such as paw and pad sores and aching joints. Paying attention to your dog and how much they are being worked can mean the difference between going strong in late season or being out of action.

The main thing to consider in the late season is giving your dog the proper nutrition. This is especially important in subfreezing temperatures and harsh weather. Feeding your dog a high protein, high fat diet is the best tactic to use for late in the season.

Premium dry dog foods work the best and the frequency of feedings should also be increased by a third. Even if your dog gains weight over the winter, it’s adding extra protection from the cold and giving them more endurance. Feeding them small snacks during the hunt and a large meal afterwards is the best approach.

It’s also important to keep dogs out of wind, rain, and water as much as possible when they aren’t on a retrieve. This results in less expended energy and preserves their body heat for when they need it. Neoprene vests are never a bad idea and can help add warmth on the coldest of mornings.

Ice can also pose a problem to a retriever in January, especially if it’s thin ice. Dogs that fall through can panic and drown if not rescued quickly. Having a plan to rescue your dog by boat or wading to them quickly can save your dog’s life in iced up situations. 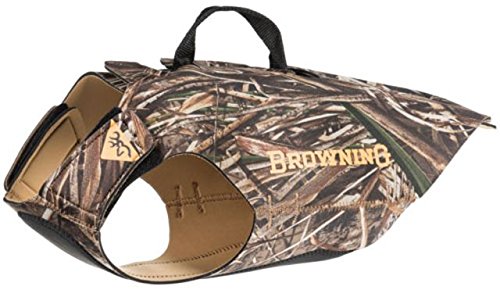 5) Develop a Late Season Mindset for Duck Hunting in January

There’s just something a little irrational about getting up at 3 a.m. from a nice warm bed and voluntarily spending the morning in subfreezing temperatures chasing waterfowl. But this determination is what matters most in late season when all the fair-weather hunters have already quit.

Late season duck hunting can bring the greatest rewards and this is when the correct mindset is needed the most. One of the best driving factors is to remind yourself that the season is almost over and you’ll have a 6 month off season before you can hunt ducks again.

If this isn’t enough, late season is also the time when ducks are at their best plumage and you can bag some really nice looking drakes for the wall. It’s also the time when the fewest hunters are out and about, so you may have your hunting area all to yourself.

Whatever reason you choose to make it happen, dig down deep and channel the mindset needed to power through late season hunting. Take pride in the fact that many people will think you’re crazy, but an awesome late season hunt will prove otherwise.

Tips for Duck Hunting in January 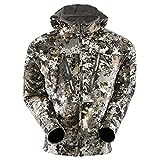 Duck hunting in January is what sets the hardcore waterfowlers apart from the weekend warriors. When subfreezing temperatures and locked up water force everyone else to stay home, you can still be out there having some great hunts.

Paying attention to late season changes is the key to staying on ducks and having consistent hunting. Scouting is the most important late season tactic since finding birds is critical to setting up in the place where ducks want to be.

Hunting tactics that may have worked during the early season can matter little in the late season. Focusing on small sheet water pockets held back by levees offer refuge for wary ducks that have been pressured off of large water.

Keeping your equipment in tip top shape is the key to not getting stranded by a broken down outboard or missing a shot because your gun won’t cycle. Have your outboard serviced before every season and break down your gun if it gets water in it. Use a good synthetic lubricant that won’t thicken up in subfreezing temperatures.

Canine care is extremely important for late season hunting into January and could mean the difference in your dog being able to finish the season. Make sure they get the proper nutrition and up their food amounts to help store fat for harsh weather conditions. Neoprene vests can help preserve body heat on the coldest of days.

Finally, having the right mindset is the ultimate key to being successful while duck hunting in January. Dig down deep and gather the strength to tough it out the last few weeks when everyone else is staying home. You may just experience the best hunting of the season and have it all to yourself.