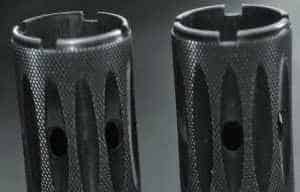 Waterfowl choke tubes are a contentious subject. Product loyalty often reigns supreme where little factual data exists. In this review, I’ll list some of best choke tubes I’ve had success with in real world conditions and why you should consider them if you’re looking for your next waterfowl choke tube in 2020.

The best shotgun chokes for waterfowl hunting are the Patternmaster Shotgun Tube and the Terror Choke. These two chokes are made out of high quality materials and pattern well with many different types of ammo. After extensive patterning with both of these choke tubes, I was able to consistently put 80% of pellets or more into a 30 inch diameter circle at 40 yards.  These premium choke tubes are rather expensive, but the performance is well worth the price.

Below are my picks for the best waterfowl choke tubes that are currently available. My picks are based on years of patterning various waterfowl loads through many types of shotgun/choke combinations.


Below are the Top 6 Best Waterfowl Chokes based on field experience and patterning with many different types of loads. It’s important to remember that while one choke and load combination may work well for one shotgun, it may not work well for another brand or gauge. Patterning your shotgun is the only way to determine which choke and shell combinations work best for your application.

If you’ve hunted waterfowl for any length of time you’ve probably heard of Patternmaster choke tubes or seen someone shooting one. They are one of the most popular aftermarket chokes available.

Patternmaster chokes are easily identifiable by their ported and external housing that extends a few inches past the barrel. The choke itself contains an internal stud ring that stops the wad for a millisecond as it passes through the choke to allow the pellets to continue on independently. This allows for better patterns and a shorter shot string on target. 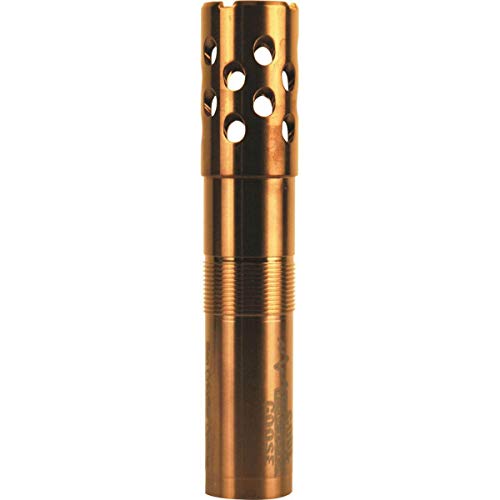 When I first gave Patternmaster a try, I was skeptical about it being a gimmick since such things are rife in the ballistics world. But after patterning my SBE II with it and hunting for a few seasons, I was able to see that this choke really is a step up above factory chokes. I would rate it on par with the Terror choke in regards to how it patterned, but give it the slight edge since it’s a little bit cheaper.

If you’re considering the Code black duck vs Code black goose choke tubes, they are the same tube so it doesn’t matter which you end up with, they will pattern the same. Patternmaster just labels them this way to make it easy to quickly pick a choke for what you’re hunting. 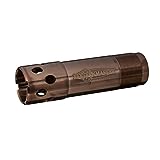 Terror chokes have been around for quite a while and in that time have created a cult like following. In fact, hearing people talk about how good these chokes could deliver patterns through such a tight constriction intrigued me to say the least.

I first purchased a terror choke due to the impressive patterns that it was delivering for the Remington Sp-10. The .720 Terror choke is considered the best all-around choke for geese, and it didn’t take me long to figure out why.

I was able to consistently put 80% or more pellets in a 30 inch circle at 40 yards using the Terror Choke. Over the years I’ve used it with steel, hevi-shot, and TSS with great success. Terror chokes are made by WadWizard and they mostly cater to Remington, Browning, Beretta, and Benelli shotguns.

To check out the Terror tube, visit their site at: http://www.wadwizard.com/terror.htm

If you were to ask me what choke tube I’ve put the most rounds through not only for waterfowl, but other game as well, it would be the Briley Extended Choke Tube. Specifically, the extended modified non-ported choke has work exceptionally well across a wide range of scenarios for me.

Honestly, the Briley extended modified has worked so well, it’s remained in my BPS 12ga for over 10 years now. With steel shot and hevi-shot, it patterns better than the factory chokes that came with the gun.  At the time, I was looking for a cheap step up from the factory chokes, and at $35, the Briley extended chokes seemed like a good alternative. I was happy I made the choice at the time.

If you’re looking for a middle of the pack choke tube at a great price, then check out what Briley has to offer with their extended choke tube line. They don’t perform as well as the Patternmaster or Terror chokes, but the performance to price ratio is one of the best out there.

Carlson’s choke tubes are in just about every waterfowl catalog and sporting goods store around the country. With all that popularity, they must be doing something right……right? Unfortunately, I haven’t been able to field test them, but from what I hear, they make another good option to consider when looking for a new waterfowl choke tube. 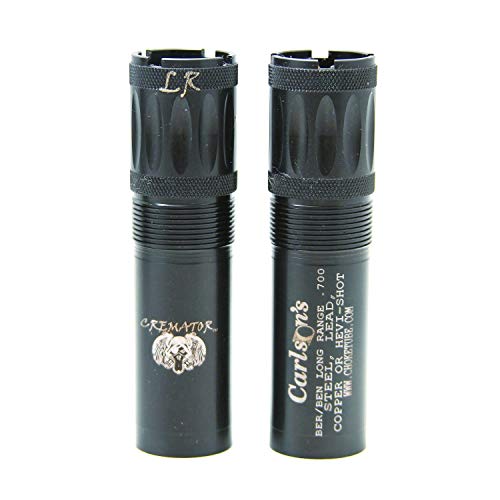 Carlson’s offers their chokes both individually and in packs. Cabelas has several 2 pack options that include both a Mid-Range and Long-Range choke. This comes in handy if you need to switch chokes mid hunt depending on how the birds are working. Price wise, the 2-packs are still affordable and in line with the Briley Extended Chokes.

With all the good things I’ve heard about Carlson’s chokes and from the patterning results I’ve seen others achieve with them, I would definitely recommend trying them out if you get the chance. 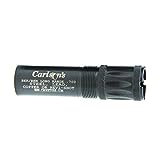 Hevi-shot ammo now has their very own line of waterfowl choke tubes designed specifically for their ammunition. I haven’t tested them yet, but from the initial reports they sound promising.

There’s a wide range of choke restrictions and designs to choose from, so it would be difficult for me to recommend any one choke in this review. I really just wanted to mention them since very few ammunition manufacturers design their own tubes, so it may lead to even better load customization if Hevi-shot is putting in the research to make their loads pattern better.

The main issue I have with these chokes is the price. They are rather expensive and you could probably get similar results with a cheaper aftermarket choke tube. That said, they are one of the top choke tubes for waterfowl and if you’re going to being doing your due diligence for your next choke, you may as well give Hevi-shot a try.

You’ve bought that new Benelli and now it’s time to get it all tricked out right? Maybe a sure cycle system, a shoulder strap, recoil reducer, and an aftermarket choke just for starters. We’ve all been there, but is a new choke always needed when you buy a brand new gun? NO! One of the most overlooked choke tubes for waterfowl is often the factory choke set that came with your gun.

I’ve seen some factory chokes pattern just as good as some of the premium aftermarket chokes. I’ve also had great waterfowl hunts with factory choke tubes. When I get a new gun, the first thing I will do is pattern it with the factory chokes to give me a baseline. If it puts 80% or more pellets in a 30 inch circle at 40 yards and does it without a bunch of holes in the pattern, why would I put an aftermarket choke on it?

Before you purchase your next aftermarket choke tube, pattern your shotgun, you might have what you need already. 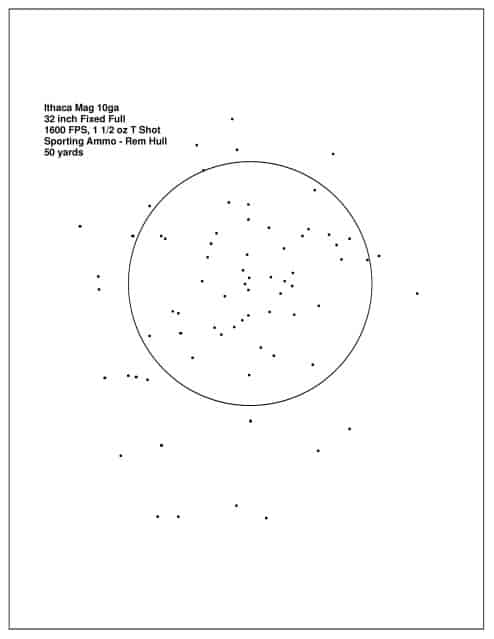 Is an Expensive Choke Worth the Money?

“One of the most overlooked choke tubes for waterfowl is often the factory choke set that came with your gun.”

When a choke tube and waterfowl load work together to produce even and consistent patterns, the quality of hunting improves dramatically. Not only are birds harvested cleaner with fewer cripples, but the hunt becomes more enjoyable and less frustrating.

In this review, I’ve listed the top 6 waterfowl chokes you should consider when looking for your next choke tube. The Patternmaster is the holy grail of waterfowl choke tubes followed closely by the Terror Choke. Both chokes have a cult like following due to consistent and long range patterns they produce.

For a budget choke tube, the Briley extended modified is a tube I’ve had success with for over 10 years and it patterns well with many different shot types and pellets sizes. Carlson’s also produces budget choke tubes and are widely available.

Lastly, factory choke tubes that came with your shotgun can sometimes be hidden gems. Your first inclination may be to ditch the factory choke tube and get an aftermarket tube as soon as possible, but I suggest patterning you’re factory chokes right off the bat. You may be surprised with the results.

Need tips on patterning your shotgun? Check out our guide here.