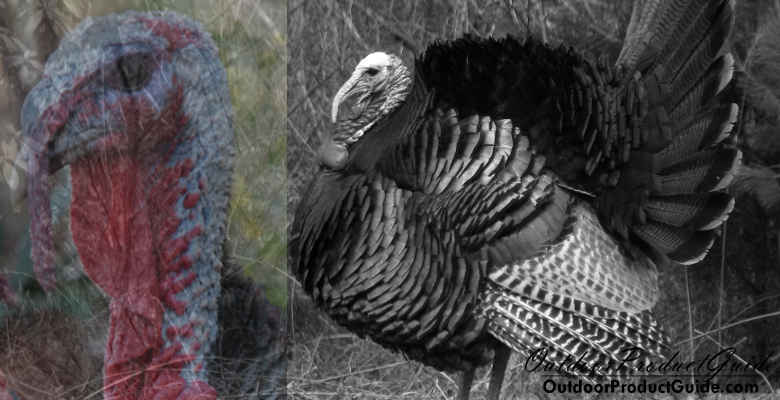 Spring turkey hunting over decoys can be some of the most adrenaline packed hunting you’ll experience all season, but if you don’t have the right decoy setup, it can also be the most frustrating. In this guide, we’ll discuss which early season tactics work the best for spring turkeys and how to deploy them.

Early season turkey decoy setups should match what you’re seeing in your area. This means more decoys for high traffic areas and fewer for when birds are sparse. Deploying the right amount of decoys can mean the difference between that old tom hanging back in the brush or coming out to investigate.

Why Use Turkey Decoys in the Early Season?

Spring turkey decoy setups differ greatly from those used in the fall.  Turkey activity is focused on mating and that can make some gobblers let down their guard. Turkey-hen decoys give an approaching gobbler a visual explanation for the sounds of you’re calling.

A lone jake decoy helps to build a gobblers intrigue since he thinks an inferior male is breeding his hens. Hen and jake decoys take the approaching gobblers eyes off your hiding position and makes it more difficult for him to pinpoint your calling location.

Turkey decoys help to keep gobblers headed in the right direction without you having to use a call to coax them all the way in. This means closer shots, cleaner kills, and the ability to get your shotgun into positon without being detected. 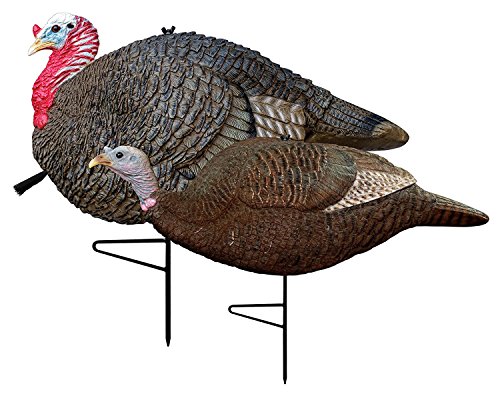 Late spring turkey decoy setups should be placed in areas where an approaching turkey can see them from a great distance. Brush lines, field edges, lease roads, and forest openings are all good spots to deploy your decoys before you start calling.

If you’re hunting thick brush, place your decoys up high on logs, hills, and hummocks to increase their visibility. Gobblers often jump up onto objects to get a better vantage point before they commit to a setup. Placing you decoys higher up will increase your early season success.

Two decoys are all you really need – a hen and small jake decoy will do the trick. This combination is effective on most gobblers during the spring. The jake decoy will stimulate an aggressive response from the gobbler who will run in and scare it off.

Jake and hen decoys should be placed no more than 20 yards away from where you plan to hide and call from. An incoming gobbler will go directly to the jake decoy, so make sure it’s placed where you can easily get a shot off.

Sitting close to your decoys adds realism to your setup since your calling sounds like it’s coming from the decoys. Turkeys can key in on sound discrepancies and sitting further back can cause gobblers to hang up in the brush if they think another turkey may be lurking out of sight.

Closer shots also guarantee that your pattern and its density will be tight for a clean kill. Use brush and objects between you and the gobbler to get into position for the shot as he approaches. Slow movement is the key, and if he turns his back and fans out it’s even a better opportunity to get your gun up.

If you can’t see the gobbler approaching, setting up with your gun facing your decoys is the best approach to be in position once he appears. After he sees the decoys and comes to investigate is when calling should be kept to minimum in order not to spook him.  Your best shot will be when he sees the jake decoy and fans out to challenge it. 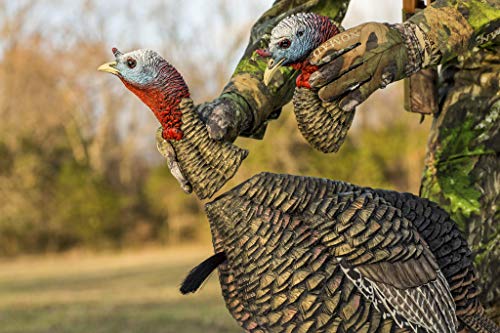 Using Natural Motion to Your Advantage

A simple way to add realism to your decoys is to make sure they can move freely.  Early season turkeys are extremely active, so using decoys that can pivot in the wind can give a more lifelike appearance.

The easiest way to add movement is to use decoys that are lightweight and pivot on a stake. With a little air current, they will appear to wobble. Enlarging the hole in the belly of the decoy can also add added motion and reduce the chance that it binds.

Switching to a smaller diameter stake is also an option as many decoys come with thick support stakes and don’t pivot easily. Replacing it with a narrow diameter stake can add more movement and realism.

In windy conditions, turkey decoys have a tendency to move too much due to their lightweight construction. Placing sticks or stakes in the ground on either side of the tail of the decoy can help prevent it from waddling too much in stiff winds.

Single hen turkey decoy setups can work in late spring, but breeding-pair setups are way more effective.  When gobblers won’t decoy to just any setup, enticing them with a breeding scenario usually does the trick.

Breeding-pair decoys simulate a gobbler mating with a hen turkey. Some even offer motion activation. If the strut is active in your area, this is the setup that most gobblers can’t resist.

If you already have jake and hen decoys, you can make your own breeding pair by pinning the hen down to the ground with a short stake and then place a long stake through the tail of the hen decoy to mount the jake decoy on. Many decoys are made with premade holes to be modified for breeding-pair setups. 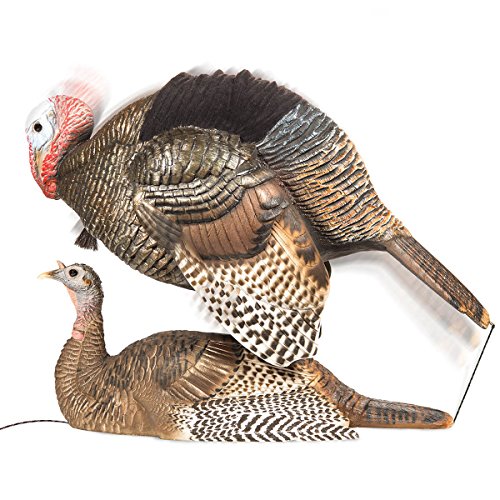 Many different turkey hunting tactics and decoy setups have been developed over the years, but it’s important to keep in mind that some could be hurting your success.

Half-strut and full-strut decoys, while impressive to look at, give off the impression that a gobbler is ready to fight. If the bird you’re trying to work is timid, he won’t come into a situation ready to brawl immediately.

Strutting decoys should only be used on stubborn old toms that regularly challenge all other gobblers in the area and have proven hard to decoy to regular hen and jake setups.

The best turkey decoy on the market hands down is the Primos Gobstopper combo. It’s realistic enough to bring in the weariest birds and affordable too.

How many turkey decoys should you put out?

This is a common question that turkey hunters ask, and the answer is you should use two decoys at the most. Putting out any more than two decoys is likely going to hurt you chances of bringing in an old gobbler.

One of the best methods for locating turkeys in the spring is the spot and stalk method. Covering ground while calling and waiting for a response tends to pay off the best. Once you get a response from a gobbler and he indicates he’s coming in your direction, there’s not a lot of time to set out a ton of decoys.

Quickly setting out a jake and hen pair is all you need to entice a gobbler once he sees your setup. A large group of decoys may not seem natural and the ability for him to breed a lot of hens may mean taking on more than he desires from any other gobblers who are already in control of the group.

Early season turkey decoy setups should be quick to setup and mimic what you’re seeing in your area. Setting out too many decoys or the wrong type of decoys may mean that old gobbler hangs up in the brush and won’t come any closer.

The best decoy setup for early spring is the jake and hen combo. When a gobbler sees a jake with a hen, its immediate reaction is to chase away the inferior opponent. Gobblers don’t feel threatened by jakes, so they are more willing to enter your decoy setup looking to fight.

Specialty decoys like the full-strut and half-strut don’t work as well on timid birds not looking to get into a scrap. For old gobblers that are the dominant birds in their area, it may be worth a try though.

Breeding-pair setups can also work well in the early season and easy to rig up with your existing decoys. Whichever method you chose, stick to basics and don’t try to get too cute. Read what the birds are doing and place your decoys appropriately. They’ll do the rest.